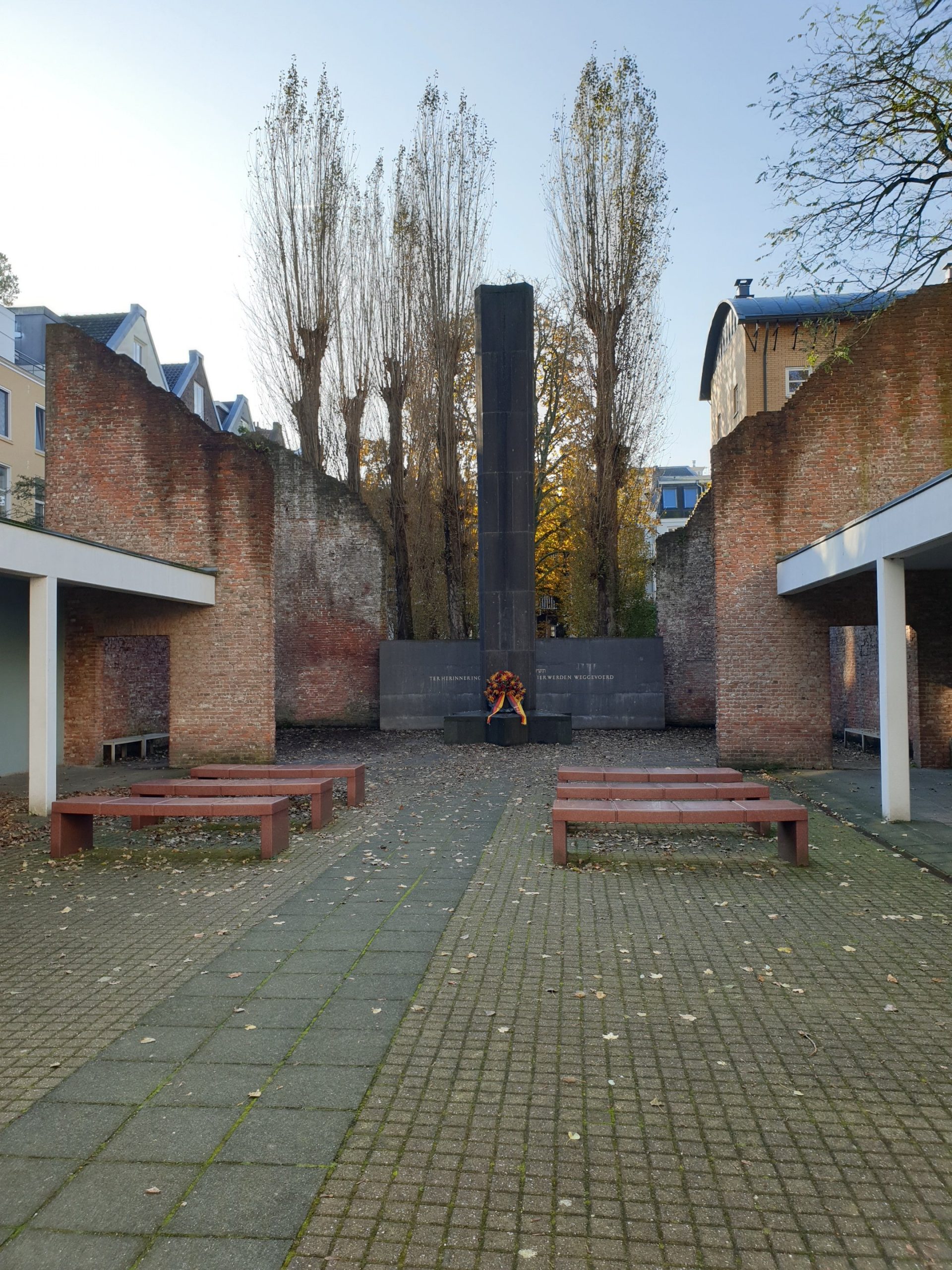 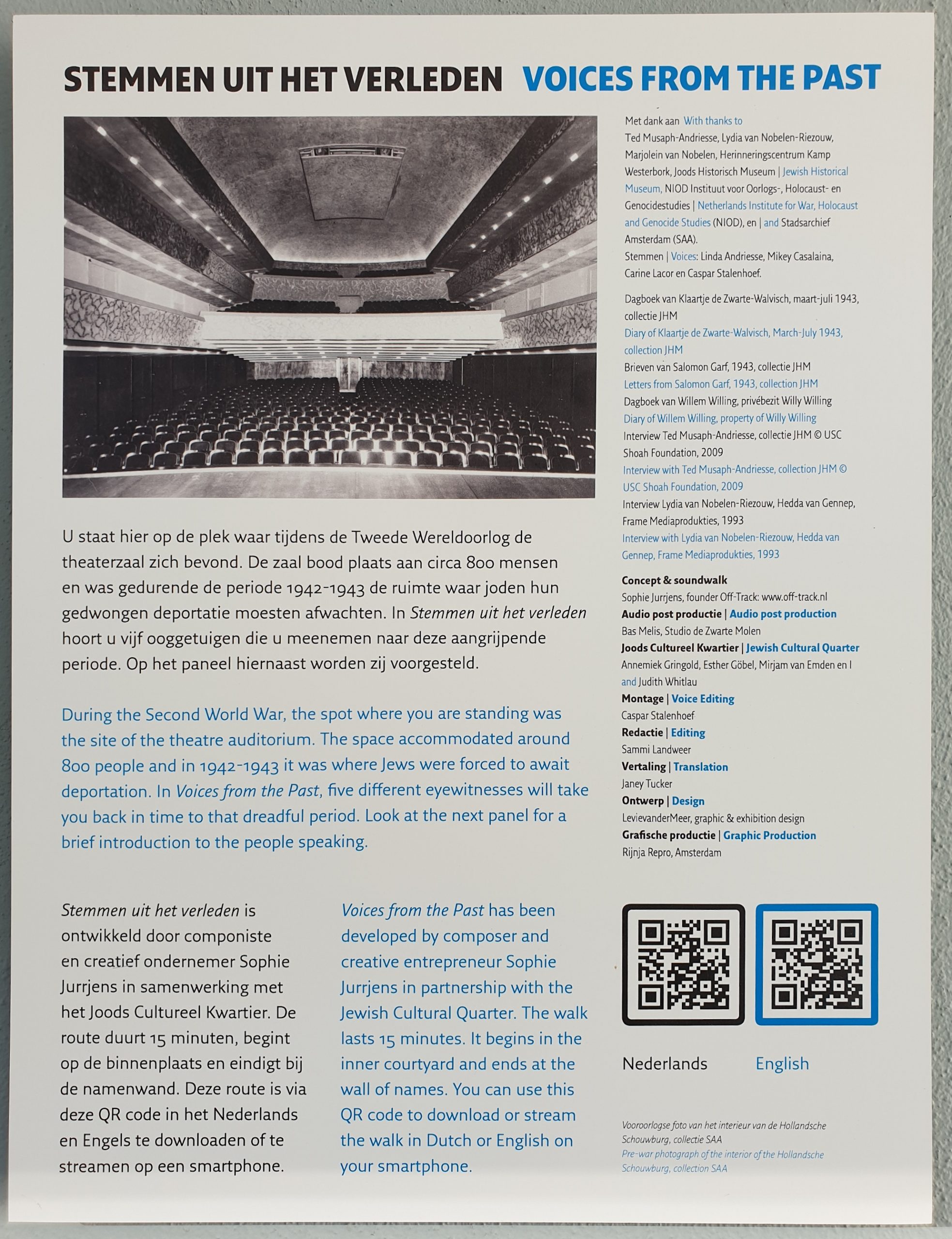 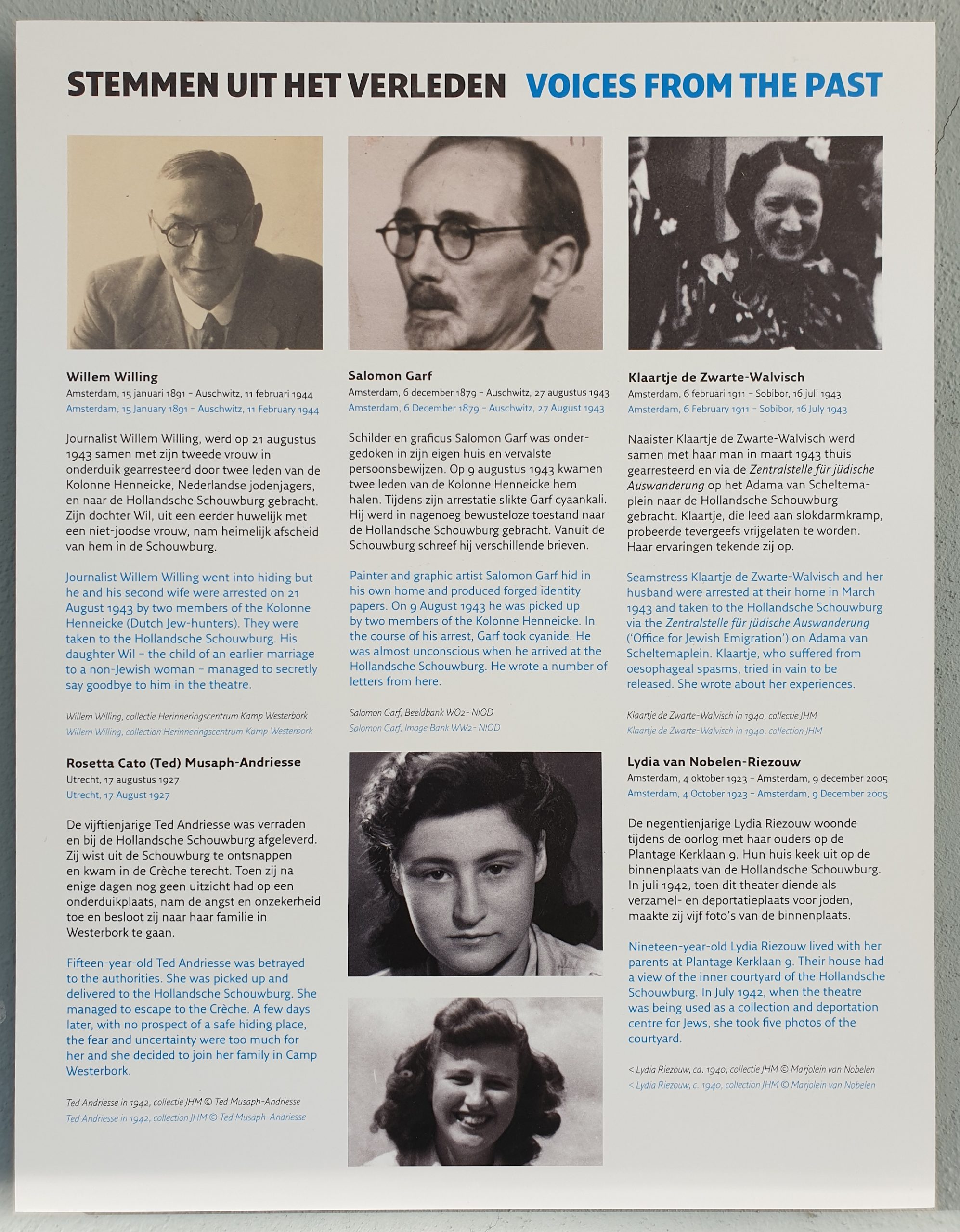 Remember those who departed from this place.

All of the exhibits here are very static. Remember the dead, those who sat in this theater for an hour, for a day, a week, before being transported to a deportation camp and from there to a concentration or extermination camp. Remember those who did what they were told and were murdered.

It’s quite different from a resistance monument. I have less feeling for these people who obediently waited. I remember more those who died escaping, shot in the back, who died under torture screaming anything but the names of their fellows, those who died with weapons in their hands returning fire, who died with axes, with shovels, trying to split a fascist’s skull, who died on the guillotine, shouting Es lebe die Freiheit. Freedom doesn’t obediently wait to be murdered.