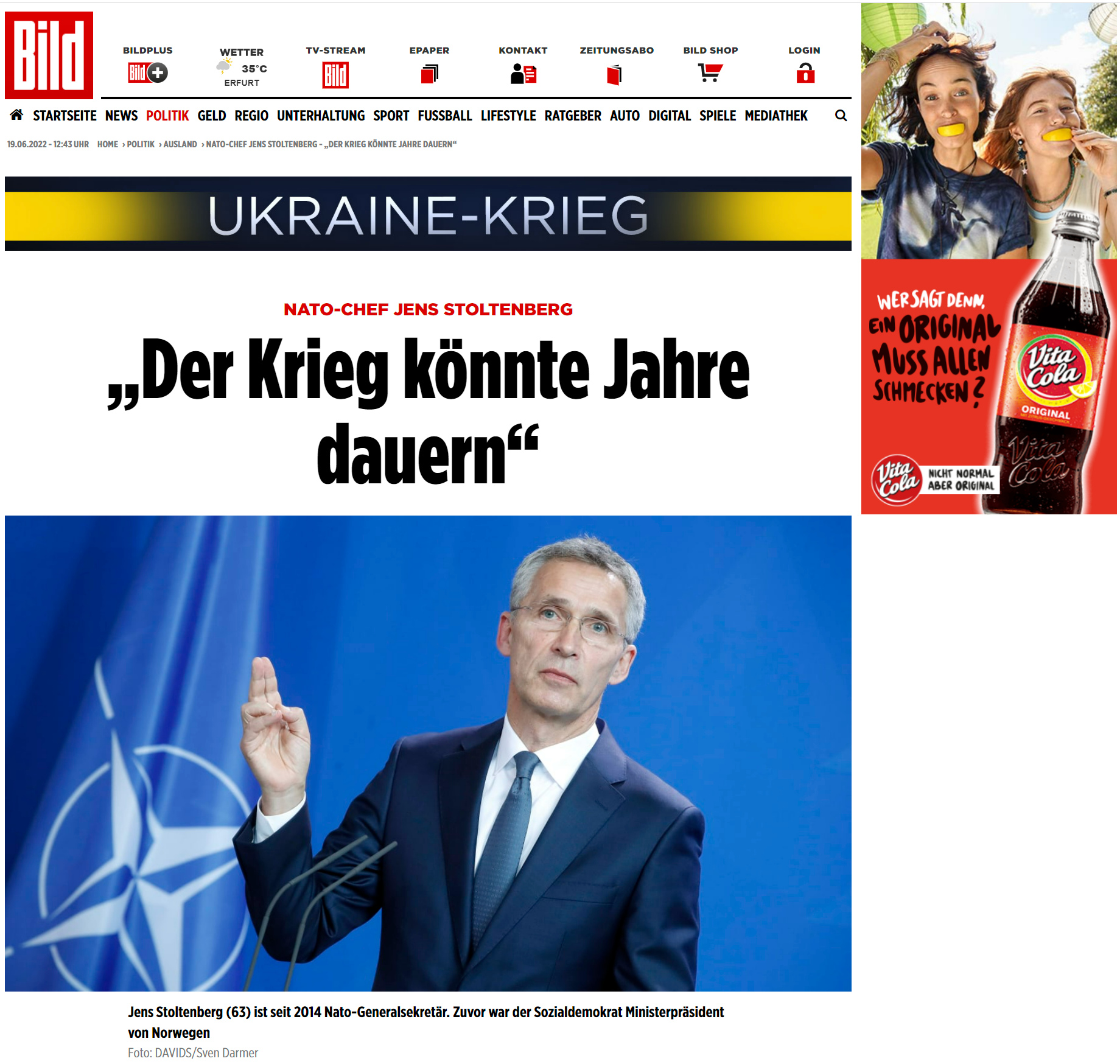 The West must prepare to continue supporting Ukraine in a war lasting for years, Nato’s chief has warned.

Secretary-General Jens Stoltenberg said the costs of war were high, but the price of letting Moscow achieve its military goals was even greater.

His comments came as UK Prime Minister Boris Johnson also warned of the need to brace for a longer-term conflict.

“We must prepare for the fact that it could take years. We must not let up in supporting Ukraine,” the Nato chief said in an interview with German newspaper Bild.

It’s a consequence of what’s happening (I’m not being a wise guy).

In a rare interview, President Joe Biden has said Americans are “really, really down” as they grapple with soaring inflation after two years of a pandemic.

He told the Associated Press the “need for mental health in America has skyrocketed”.

Mr Biden said he wanted Americans to “be confident. Because I am confident.”

The president’s popularity has plunged as November elections loom that will decide which party controls Congress.

“People are really, really down,” Mr Biden told the news agency in a half-hour interview from the Oval Office on Thursday.

“They’re really down. Their need for mental health in America has skyrocketed because people have seen everything upset.

“People lost their jobs. People are out of their jobs. And then, were they going to get back to work? Schools were closed.”

Last month, inflation in the US hit 8.6% – one of the highest rates in the world.

During the interview, the AP said Mr Biden became defensive when asked about this issue.

“If it’s my fault,” he said, “why is it the case in every other major industrial country in the world that inflation is higher? You ask yourself that? I’m not being a wise guy.”

A Fox News reporter challenged the White House press secretary about this claim on Thursday, pointing out that inflation is currently lower in other top economies such as Germany, France, Italy, Japan, Canada and India.

AP: So you’re talking about a country that has undergone profound psychological trauma.

AP: What can you as a president do to address that psychology …

Now I don’t know about you dear reader, but personally I see it my duty as a patriotic American to responsibly prepare to own my bit of the second quarter of the 21st century. And that, needless to say, is not hyperbole. That’s a fact.

Can we try to bring this horror to an end? Or should we try to perpetuate it? Those are the choices.

There’s only one way to bring it to an end. That’s diplomacy. Now, diplomacy, by definition, means both sides accept it. They don’t like it, but they accept it as the least bad option. It would offer Putin some kind of escape hatch. That’s one possibility. The other is just to drag it out and see how much everybody will suffer, how many Ukrainians will die, how much Russia will suffer, how many millions of people will starve to death in Asia and Africa, how much we’ll proceed toward heating the environment to the point where there will be no possibility for a livable human existence. Those are the options. Well, with near 100% unanimity, the United States and most of Europe want to pick the no-diplomacy option. It’s explicit. We have to keep going to hurt Russia.

The security of the population is simply not a concern for policymakers. Security for the privileged, the rich, the corporate sector, arms manufacturers, yes, but not the rest of us. This doublethink is constant, sometimes conscious, sometimes not. It’s just what Orwell described, hyper-totalitarianism in a free society.

Liz Cheney’s courage and integrity are closer to Paul Wellstone’s than to almost any current politician I can think of. All of America needs her to run for president in the Republican primaries for the 2024 election. 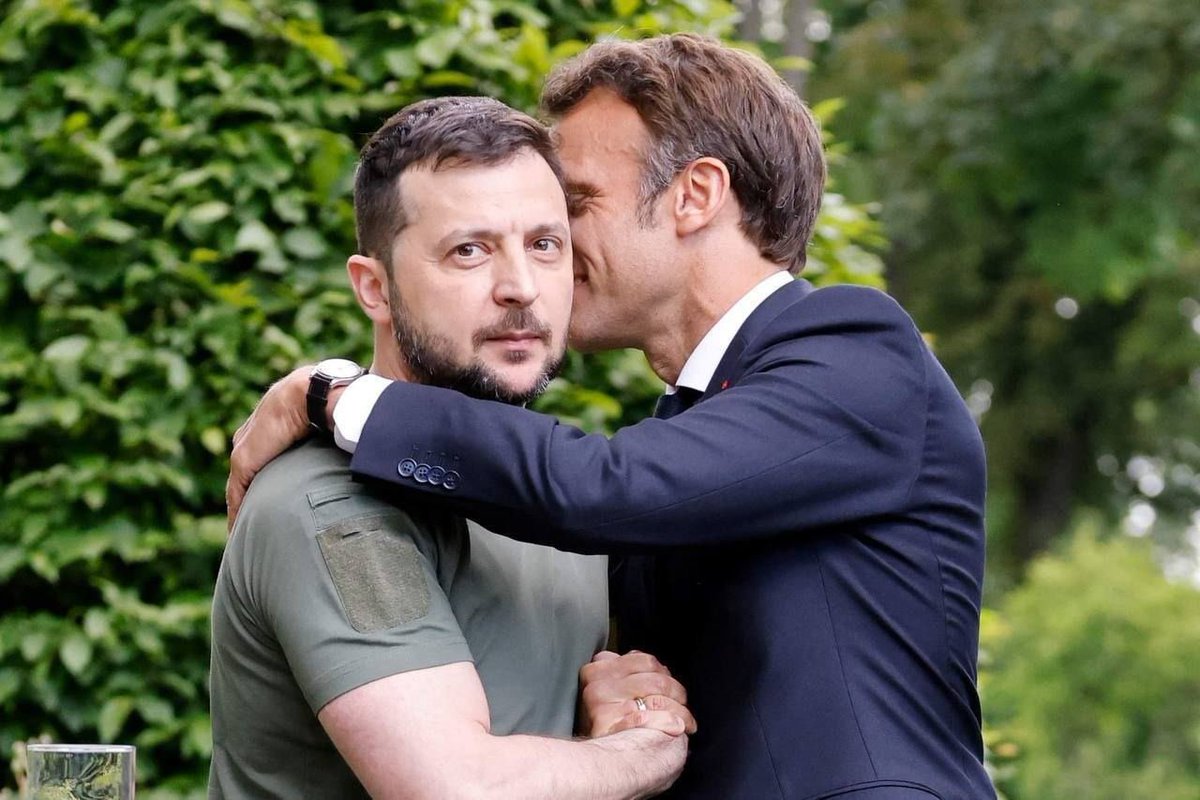 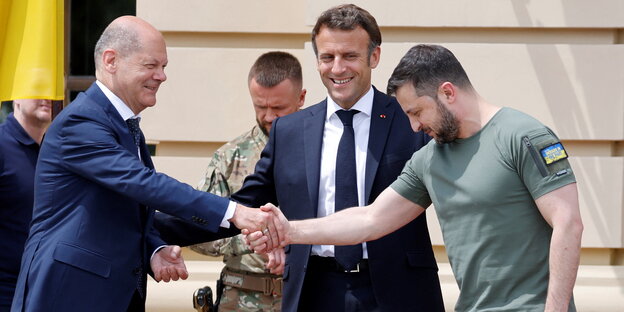 US could have saved 338,000 lives from Covid with universal healthcare, study finds

The US could have saved more than 338,000 lives and more than $105bn in healthcare costs in the Covid-19 pandemic with a universal healthcare system, according to a study.

More than 1 million people died in the US from Covid, in part because the country’s “fragmented and inefficient healthcare system” meant uninsured or underinsured people faced financial barriers that delayed diagnosis and exacerbated transmission, the report states.

The US had the highest death rate from the virus among large wealthy countries and is also the only one among such countries without universal healthcare. It spends almost twice as much on healthcare per capita as the other wealthy countries, according to Kaiser Family Foundation data. Saudi officials have been seizing rainbow-coloured toys and clothing from shops in the capital as part of a crackdown on homo­sexuality, state media has reported. The kingdom opened to tourism in 2019 but, like other Gulf countries, it is frequently criticised for its human rights record, including its outlawing of homosexuality, a potential capital offence.

Items targeted in the Riyadh raids include bows, skirts, hats and pencil cases, most of them manufactured for children, according to a report broadcast on Tuesday evening by the state-run Al Ekhbariya news channel.

“We are giving a tour of the items that contradict the Islamic faith and public morals and promote homosexual colours targeting the younger generation,” an official from the commerce ministry, which is involved in the campaign, says in the report.

We are people of this generation, in our late teens and early- or mid-twenties, bred in affluence, housed now in universities, looking uncomfortably to the world we inherit.